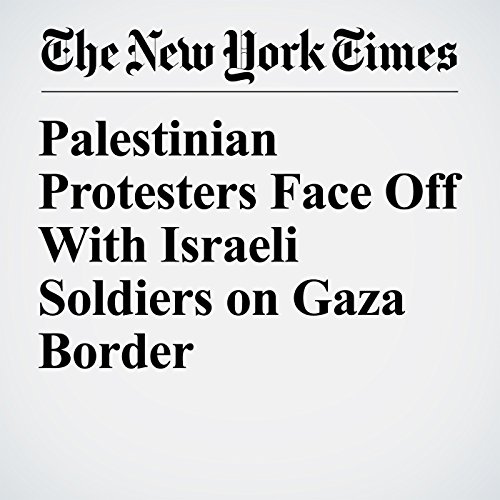 NAHAL OZ, Israel — Palestinian demonstrators and Israeli soldiers faced off along the Gaza border Friday in a cat-and-mouse battle waged mainly with burning tires and water cannons, with hand-held mirrors and tear gas. But sporadic rifle fire from the Israeli side made clear that the protests could elicit the sort of response that killed 20 people a week ago.

"Palestinian Protesters Face Off With Israeli Soldiers on Gaza Border" is from the April 06, 2018 World section of The New York Times. It was written by David M. Halbfinger, Iyad Abuheweila and Isabel Kershner and narrated by Barbara Benjamin-Creel.