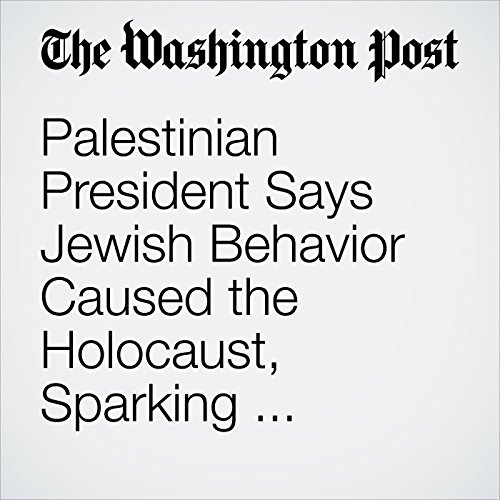 In a speech broadcast live on Palestinian TV on Monday, Palestinian Authority President Mahmoud Abbas delivered what he called a “history lesson” in which he suggested that the Holocaust was the fault of Jews themselves.

"Palestinian President Says Jewish Behavior Caused the Holocaust, Sparking Condemnation" is from the May 02, 2018 World section of The Washington Post. It was written by Siobhan O'Grady and narrated by Sam Scholl.