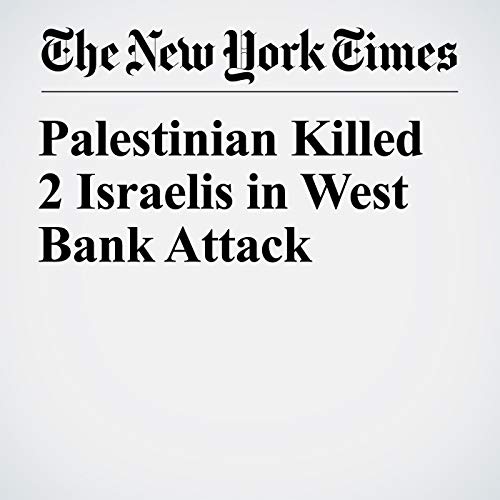 JERUSALEM — A Palestinian man fatally shot two Israeli co-workers and injured a third in an Israeli-run factory in the occupied West Bank on Sunday, an attack that Israeli officials described as terrorism.

"Palestinian Killed 2 Israelis in West Bank Attack" is from the October 07, 2018 World section of The New York Times. It was written by Isabel Kershner and narrated by Kristi Burns.