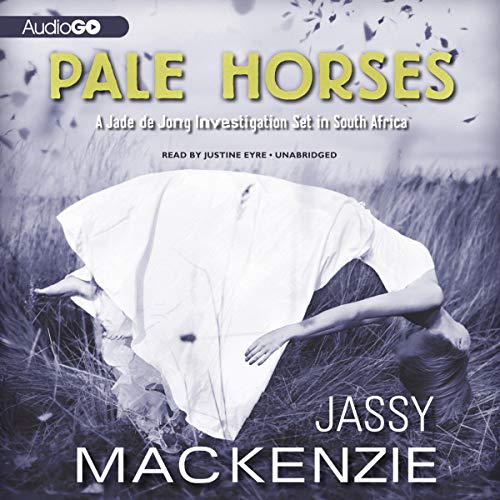 At first, the case appears to be one of simple misadventure. Sonet van Rensburg, a base jumper, falls to her death while attempting to parachute off a newly built 65-story Sandton skyscraper. But Sonet’s jumping partner, Chris Theron, insists that this was no accident, and he hires private investigator Jade de Jong to uncover the truth.

Glad of the distraction from her conflicted and seemingly doomed relationship with police superintendent David Patel, Jade immerses herself in the case. She discovers that Sonet worked for a charity that helped impoverished communities become self-supporting farming units. Sonet’s ex-husband, though, has nothing good to say about his wife or the work she has done. He tells Jade that Sonet’s efforts were a useless waste of money and that the farming projects were not sustainable.

When Jade travels out to the Siyabonga community’s farm in Limpopo, hoping to prove him wrong, she finds it not just abandoned but razed to the ground. Digging deeper for answers about where the residents went and why they left their fertile valley, Jade finds out that one man died from a terminal illness. Then, to her concern, she learns about more sicknesses and more deaths - a fatal but unknown disease that swept through the entire community.

Jade then discovers that Sonet’s sister, Zelda, a journalist, was investigating this mystery, too. Zelda had discovered that one woman and her son had survived the plague and had left the area, and she was doing her best to track that woman down so she could hear her story.

But now Zelda is missing, and Jade will have to race against time in order to find her. A deadly harvest has been gathered in, and the only person who knows the real truth about it has been forced to become collateral in its trade.

This is the 3rd book in the Jade de Jong series that I've listened to. I've enjoyed them all even though I wouldn't call them the greatest crime thrillers ever written. I enjoy learning about life in SA (as South Africans refer to it), I empathize with Private Investigator Jade as she is one tough PI but lonely and needing some love and, finally, the crimes themselves and the investigations are solid. My goal in a book is to be entertained and this series and this book have done that. In this story Jade is pulled into an investigation she initially doesn't want to get involved with as she's still tired from her last one. But she gets sucked in and in her typical style she gets involved, moves forward despite dangers, and gets to the bottom of the crime. Sometimes it is hard to hear the narrator clearly, I think due to the South African English accent. I have to pay close attention in listening and still feel like I miss some but I enjoyed the story in spite of this small lapses. It was a quick listen and one that's easy to get and stay interested in. I hope there are more in the series. I do see the author has some other stories out that I will try.