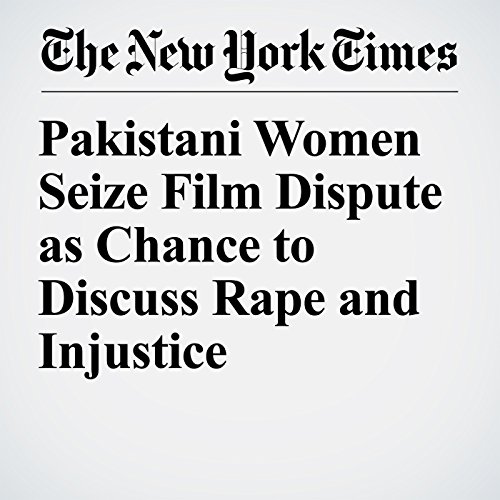 A Pakistani film about a rape victim who fights to bring her politically powerful attacker to justice has rankled Pakistan’s censors but emboldened women to speak out about sexual assault in a country where the discussion of such topics is discouraged.

"Pakistani Women Seize Film Dispute as Chance to Discuss Rape and Injustice" is from the December 25, 2017 World section of The New York Times. It was written by Mehreen Zahra Malik and narrated by Kristi Burns.