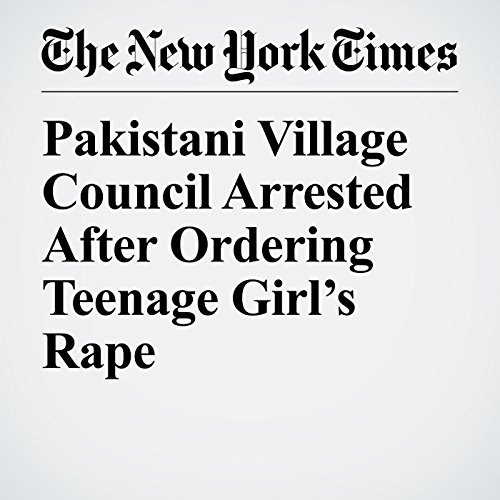 Pakistani police arrested 25 people in a rural village Thursday, after the village council ordered a man to publicly rape a teenage girl to avenge the sexual assault of his sister.

"Pakistani Village Council Arrested After Ordering Teenage Girl’s Rape" is from the July 27, 2017 World section of The New York Times. It was written by Salman Masood and narrated by Kristi Burns.