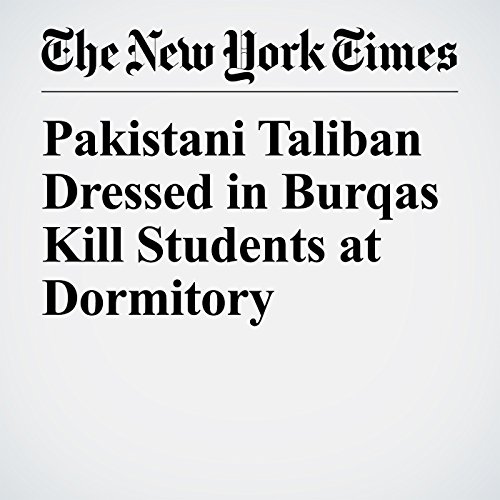 Four or more Taliban militants disguised as women attacked a university dormitory in the northern Pakistani city of Peshawar on Friday, killing at least nine people and wounding at least 30 others, officials said.

"Pakistani Taliban Dressed in Burqas Kill Students at Dormitory" is from the December 01, 2017 World section of The New York Times. It was written by Ismail Khan and narrated by Barbara Benjamin-Creel.