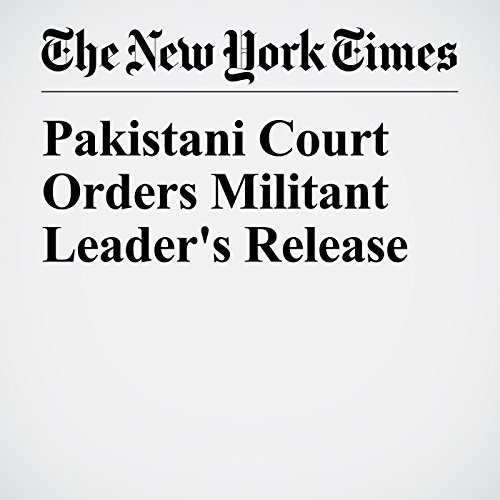 A Pakistani court has ordered the full release of Hafiz Muhammad Saeed, the founder of the Islamist militant group that carried out the deadly 2008 Mumbai attacks, 10 months after the government placed him under house arrest, his lawyer said.

"Pakistani Court Orders Militant Leader's Release" is from the November 23, 2017 World section of The New York Times. It was written by Mehreen Zahra Malik and narrated by Keith Sellon-Wright.