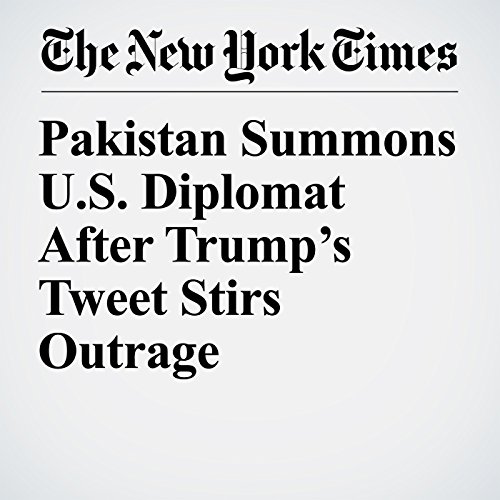 ISLAMABAD — A tweet by President Donald Trump has Pakistan responding angrily to accusations that it has accepted billions of dollars in aid from the United States while failing to act against terrorist networks within its borders.

"Pakistan Summons U.S. Diplomat After Trump’s Tweet Stirs Outrage" is from the January 02, 2018 U.S. section of The New York Times. It was written by Salman Masood and narrated by Keith Sellon-Wright.