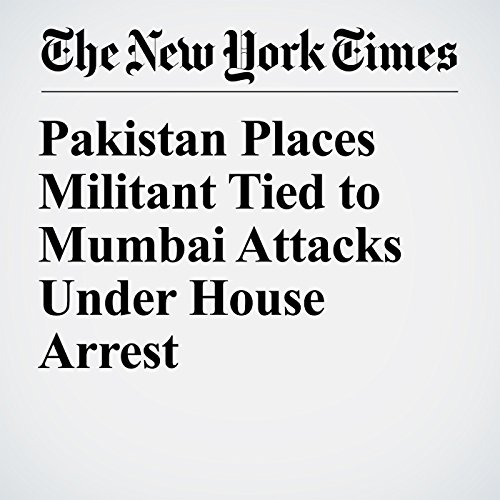 After years of living in the open in Pakistan despite a $10 million U.S. bounty, the militant leader accused of orchestrating the 2008 Mumbai attacks, Hafiz Muhammad Saeed, was placed under house arrest in Lahore on Monday, Pakistani officials said.

"Pakistan Places Militant Tied to Mumbai Attacks Under House Arrest" is from the January 30, 2017 World section of The New York Times. It was written by Salman Masood and narrated by Kristi Burns.