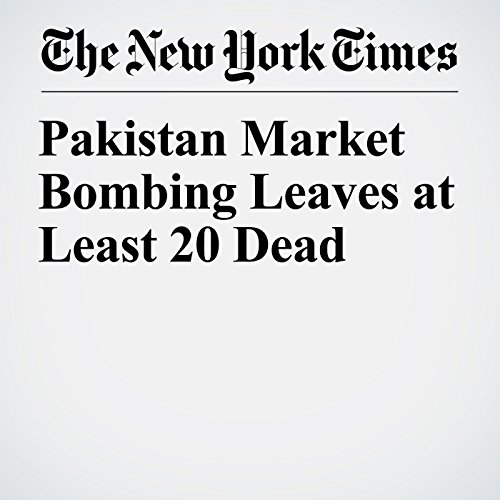 A bombing killed at least 20 people Saturday during an auction at a vegetable market in a mostly Shiite town in northwestern Pakistan, ending a long lull in militant violence there, officials said.At least 43 people were wounded in the morning bombing in Parachinar, capital of the Kurram tribal region, which borders Afghanistan. The Pakistani Taliban claimed responsibility for the attack.

""Pakistan Market Bombing Leaves at Least 20 Dead"" is from the January 21, 2017 World section of The New York Times. It was written by Salman Masood and Ismail Khan and narrated by Paul Ryden.