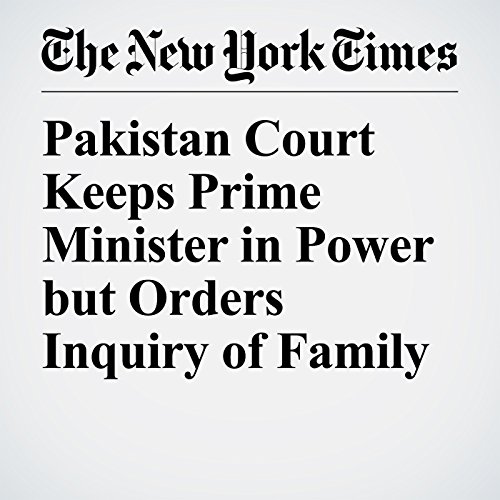 Pakistan’s highest court ordered an investigation on Thursday into offshore wealth held by the family of Prime Minister Nawaz Sharif, but it stopped short of removing him from office over allegations of corruption and money laundering.

"Pakistan Court Keeps Prime Minister in Power but Orders Inquiry of Family" is from the April 20, 2017 World section of The New York Times. It was written by Salman Masood and narrated by Kristi Burns.