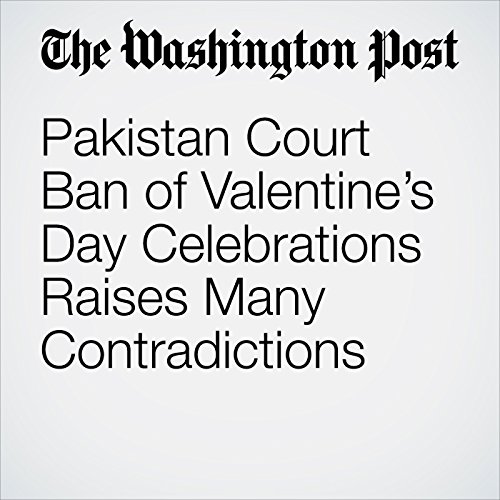 Pakistan, a Muslim democracy of 180 million, is becoming both more Western and more Islamic at the same time. As it moves into the Internet era and the global economy, the lines are being drawn more sharply.

"Pakistan Court Ban of Valentine’s Day Celebrations Raises Many Contradictions" is from the February 14, 2017 World section of The Washington Post. It was written by Pamela Constable and narrated by Sam Scholl.