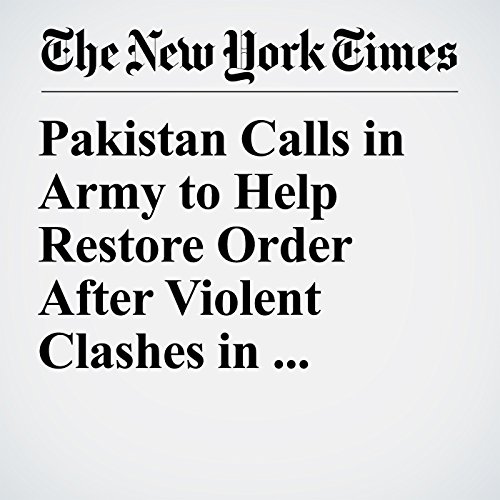 ISLAMABAD — Thousands of Pakistani police officers in riot gear fired tear gas and rubber bullets Saturday as they tried to clear out supporters of a firebrand cleric who have paralyzed the Pakistani capital for weeks with a protest on a main highway.

"Pakistan Calls in Army to Help Restore Order After Violent Clashes in Islamabad" is from the November 25, 2017 World section of The New York Times. It was written by Salman Masood and narrated by Keith Sellon-Wright.