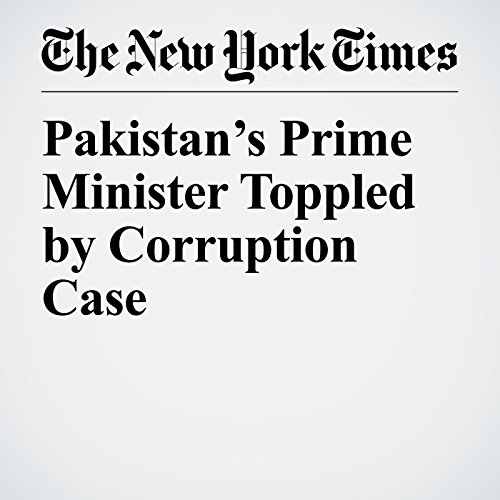 Nawaz Sharif stepped down as Pakistan’s prime minister Friday, after the country’s Supreme Court ordered his removal over accusations of corruption in a ruling that is likely to shift the country’s tumultuous political balance and deal a serious blow to the legacy of a man who helped define the past generation of Pakistani politics.

"Pakistan’s Prime Minister Toppled by Corruption Case" is from the July 28, 2017 World section of The New York Times. It was written by Salman Masood and narrated by Barbara Benjamin-Creel.