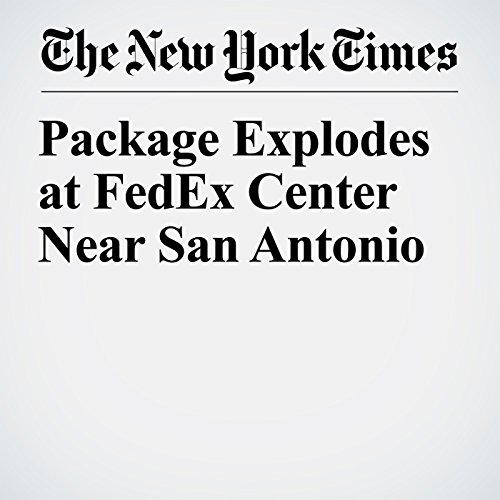 AUSTIN, Texas — A package that exploded early Tuesday at a FedEx center near San Antonio was being looked at by officials involved in the investigation into a series of deadly explosions in Austin, Texas.

"Package Explodes at FedEx Center Near San Antonio" is from the March 20, 2018 U.S. section of The New York Times. It was written by Manny Fernandez, Richard Pérez Peña and narrated by Kristi Burns.