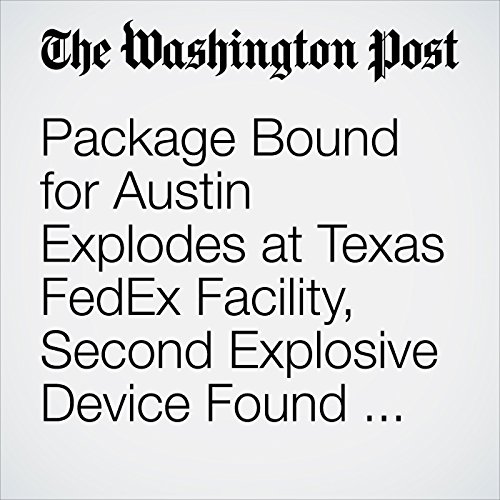 SCHERTZ, Tex. — A package believed to be bound for Austin exploded early Tuesday morning at a FedEx facility about an hour south of the Texas capital, while a second device that had not detonated was found in the same location, officials said.