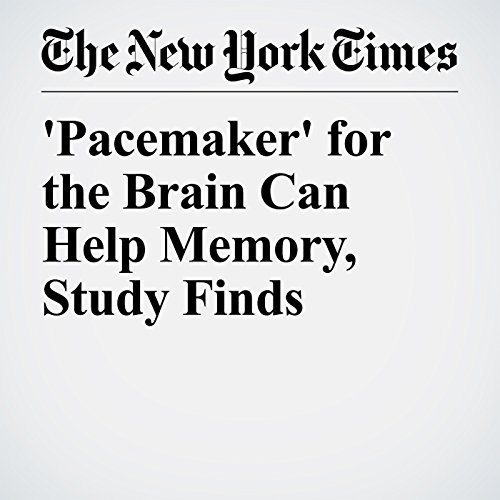 Well-timed pulses from electrodes implanted in the brain can enhance memory in some people, scientists reported on Thursday, in the most rigorous demonstration to date of how a pacemaker-like approach might help reduce symptoms of dementia, head injuries and other conditions.

"'Pacemaker' for the Brain Can Help Memory, Study Finds" is from the April 20, 2017 Science section of The New York Times. It was written by Benedict Carey and narrated by Keith Sellon-Wright.