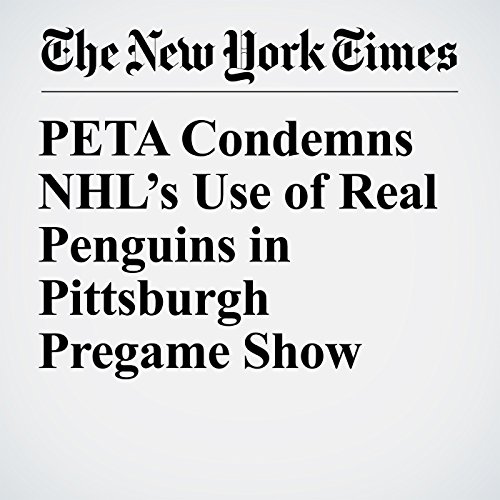 For one of its signature events, the outdoor Stadium Series game featuring the Pittsburgh Penguins, the NHL figured actual live penguins would be an entertaining addition to the pregame festivities. Animal welfare activists, unsurprisingly, vehemently disagreed.

"PETA Condemns NHL’s Use of Real Penguins in Pittsburgh Pregame Show" is from the March 03, 2017 Sports section of The New York Times. It was written by Jack Williams and narrated by Mike DelGaudio.