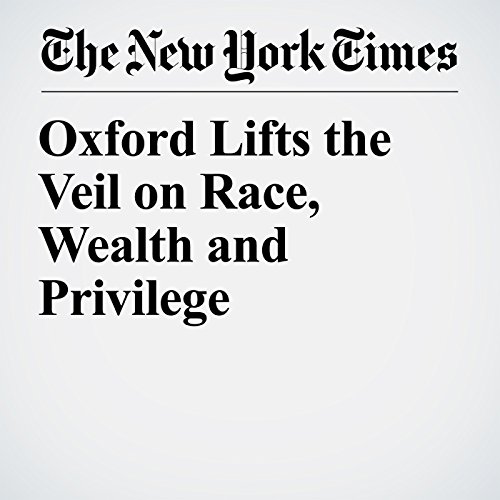 Oxford Lifts the Veil on Race, Wealth and Privilege

LONDON — The 19th-century poet Matthew Arnold spoke of its “dreaming spires.” The honeyed stonework of its colleges has drawn the global elite of learning to its quadrangles and tranquility, as have Ivy League universities.

"Oxford Lifts the Veil on Race, Wealth and Privilege" is from the May 23, 2018 World section of The New York Times. It was written by Alan Cowell and narrated by Keith Sellon-Wright.