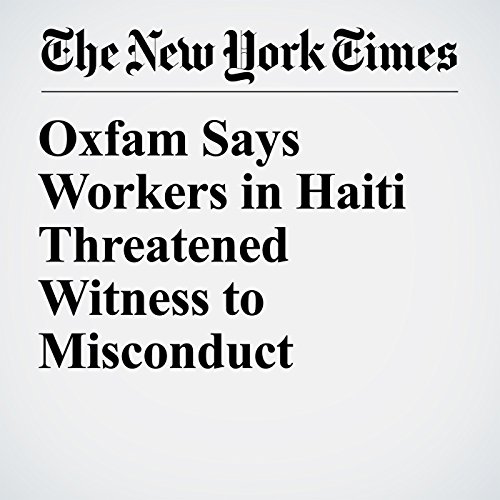 LONDON — Three Oxfam employees who were the subject of a 2011 inquiry into sexual misconduct in Haiti physically threatened a witness after a manager leaked an investigation report to another member of staff, the charity said Monday.

"Oxfam Says Workers in Haiti Threatened Witness to Misconduct" is from the February 19, 2018 World section of The New York Times. It was written by Richard Pérez Peña and narrated by Kristi Burns.