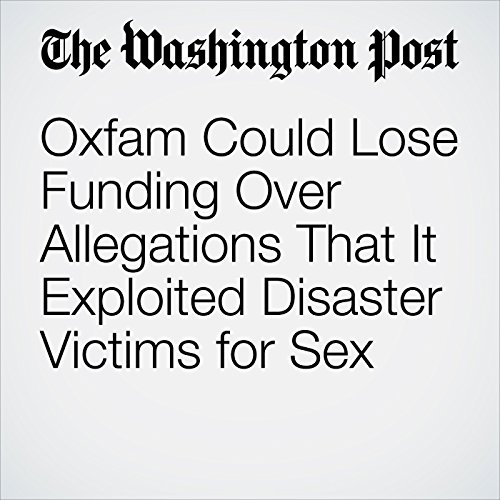 Oxfam, one of the world's most prominent relief agencies, could lose its funding from the British government over reports that its workers exploited survivors of a massive earthquake in Haiti, and possibly other disasters, for sex.

"Oxfam Could Lose Funding over Allegations That It Exploited Disaster Victims for Sex" is from the February 11, 2018 World section of The Washington Post. It was written by Avi Selk and Eli Rosenberg and narrated by Sam Scholl.