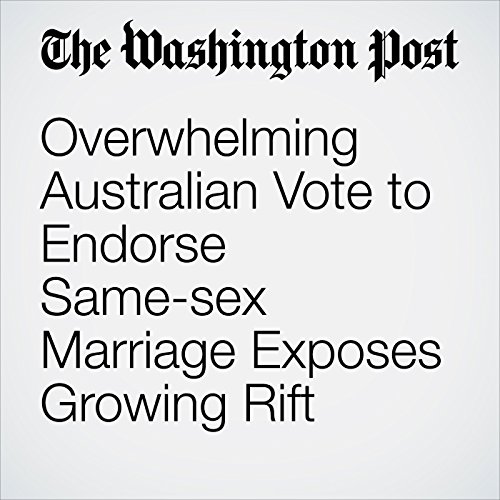 The Australian vote to legalize same-sex marriage by a substantial majority, overcoming a well-organized religious campaign against it, triggered elation in major cities Wednesday.

"Overwhelming Australian Vote to Endorse Same-sex Marriage Exposes Growing Rift" is from the November 15, 2017 World section of The Washington Post. It was written by A. Odysseus Patrick and narrated by Sam Scholl.