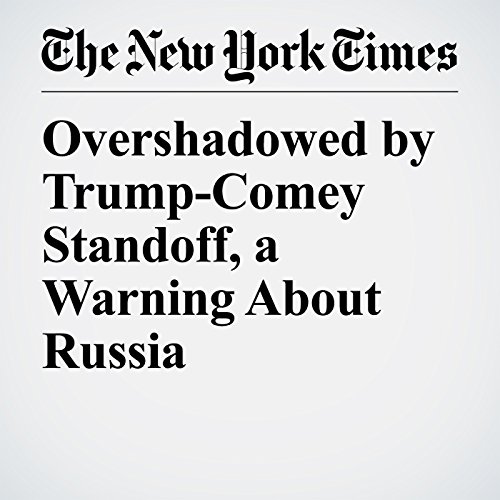 Overshadowed by Trump-Comey Standoff, a Warning About Russia

Lost in the showdown between President Donald Trump and James B. Comey that played out last week was a chilling threat to the United States. Comey, the former director of the FBI, testified that the Russians not only had intervened in last year’s election but would try to do it again.

"Overshadowed by Trump-Comey Standoff, a Warning About Russia" is from the June 11, 2017 Domestic section of The New York Times. It was written by Peter Baker and David E. Sanger and narrated by Keith Sellon-Wright.