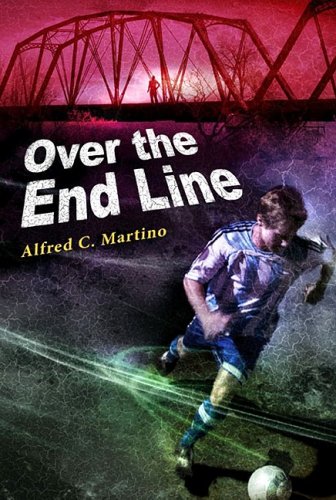 Kyle Saint-Claire is everything Jonny Fehey wishes to be: a star on the soccer field, a straight-A student, and king of Millburn High's social ladder. Jonny unhappily accepts his position on a lesser rung, until fate steps in and Jonny scores the go-ahead goal in the county soccer championships...and it looks like he will finally make it into the popular crowd. But at the victory party, a classmate is raped and Jonny's world begins to unravel.

Through years of friendship, Kyle and Jonny have always stood up for one another, but suddenly all of the training, pain, and dedication have become meaningless as their friendship is tested to the breaking point.

Exciting sports action and a misguided sense of justice combine in a suspenseful tale of popularity and entitlement - and an ending that Jonny never saw coming!

Soccer and wrestling have been a part of author Alfred C. Martino's life for 35 years. He has played soccer at the youth, high school (Millburn, N.J.), and college club levels. In wrestling, he has competed on the midget, junior high, high school, and collegiate (Duke '86) levels, as well as coached Millburn's youth program for five years. He has worked as a reporter for the El Segundo Herald (Calif.) and The Beach Reporter, a combined weekly circulation of 80,000, covering high school and professional sports. He currently lives in Jersey City, N.J.. Narrator Todd Licea is an acting instructor, as well as a veteran of the theater. His performing credits include work in film, television, commercials, and videogame voiceovers.

©2009 Alfred C. Martino (P)2009 Alfred C. Martino
"The author includes a wealth of soccer action but stops the details short of overwhleming the story. Jonny's convincing narration reveals a sympathetic character with authentic teen issues he cannot control." (Kirkus Reviews)
"The ending is terrific, original, and unexpected." (The Reading Tub)
Rating: 5 stars out of five! I really loved Over The End Line!--Lexi Marie, Another Page Is Used