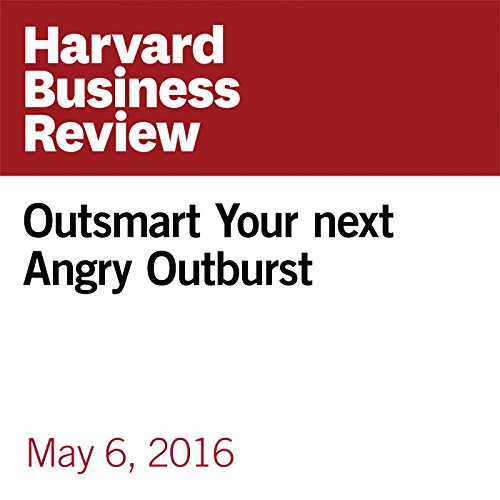 Robert and Howard had always gotten along well. They’d worked on several projects together and considered each other friends. So when Robert discovered that Howard held a strategy meeting and hadn’t included him, he felt betrayed. He immediately shot off a text to Howard: “I can’t believe you didn’t include me in that meeting!”

"Outsmart Your next Angry Outburst" is from hbr.org, published on May 6, 2016