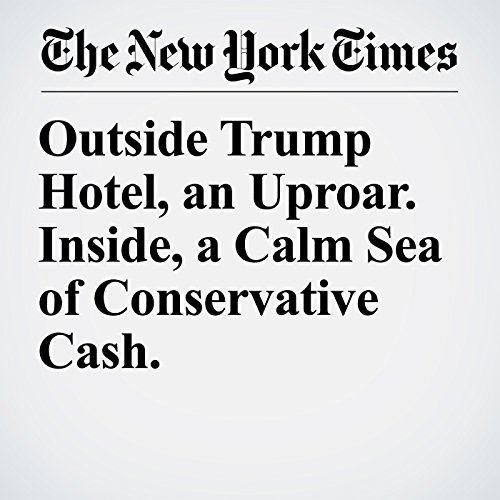 To anyone with even a cursory relationship to television or social media, a charged and emotional battle over the Trump administration’s approach to immigration seems to have seeped into every dimension of American life.

"Outside Trump Hotel, an Uproar. Inside, a Calm Sea of Conservative Cash." is from the June 20, 2018 U.S. section of The New York Times. It was written by Katie Rogers and Kenneth P. Vogel and narrated by Keith Sellon-Wright.