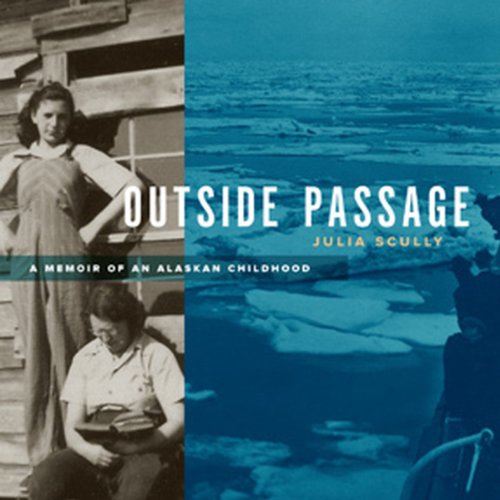 When Julia Scully was seven years old, her father committed suicide, and she and her sister were sent to an orphanage. Julia sought comfort in the rituals of the orphanage - learning to knit, roller-skating after dinner, listening to One Man's Family on the radio - and tried to adapt. But two years later, emotionally damaged by the isolation and brutality of the orphanage, the girls followed their mother to the near-wilderness of the gold-mining territory north of Nome, Alaska, where she had leased a roadhouse in the tiny settlement of Taylor.

Julia had no idea what to expect when she arrived, but to her surprise she found a healing power in the stark beauty of the vast tundra - the summer wildflowers and berries, the reindeer, foxes, and wolves. Later she reveled in the boisterous, chaotic boomtown atmosphere that prevailed when thousands of American troops descended on Nome at the outbreak of World War II.

A lyrical and affecting memoir of those years, Outside Passage is simultaneously an emotional account of a young girl's first steps into adulthood and a unique portrait of a vanished frontier life.