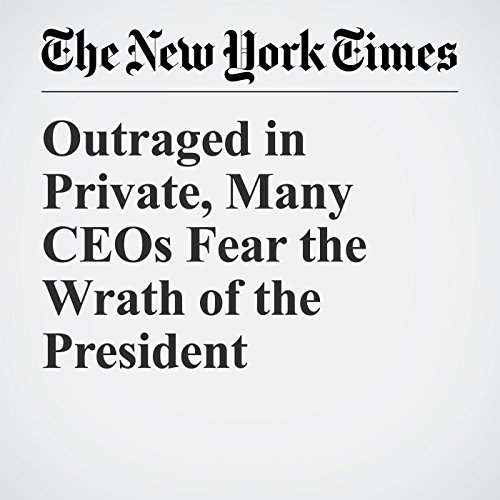 At what point do the CEOs of the largest companies in the United States tell President Donald Trump that enough is enough?

"Outraged in Private, Many CEOs Fear the Wrath of the President" is from the August 15, 2017 Business section of The New York Times. It was written by Andrew Ross Sorkin and narrated by Kristi Burns.