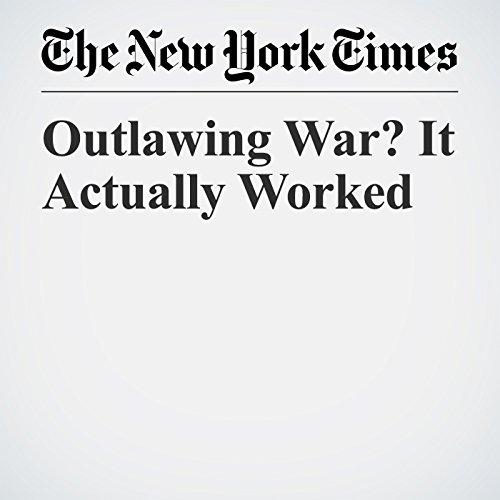 If you were to ask historians to name the most foolish treaty ever signed, odds are good that they would name the Kellogg-Briand Pact of 1928. The pact, which was joined by 63 nations, outlawed war. Ending war is an absurdly ambitious goal. To think it could be done by treaty? Not just absurd but dangerously naïve.

"Outlawing War? It Actually Worked" is from the September 02, 2017 Opinion section of The New York Times. It was written by Oona A. Hathaway and Scott J. Shapiro and narrated by Kristi Burns.