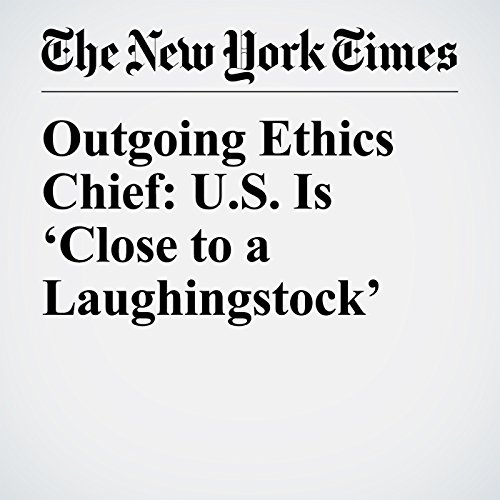 Outgoing Ethics Chief: U.S. Is ‘Close to a Laughingstock’

Actions by President Donald Trump and his administration have created a historic ethics crisis, the departing head of the Office of Government Ethics said. He called for major changes in federal law to expand the power and reach of the oversight office and combat the threat.

"Outgoing Ethics Chief: U.S. Is ‘Close to a Laughingstock’" is from the July 17, 2017 U.S. section of The New York Times. It was written by Eric Lipton and Nicholas Fandos and narrated by Keith Sellon-Wright.