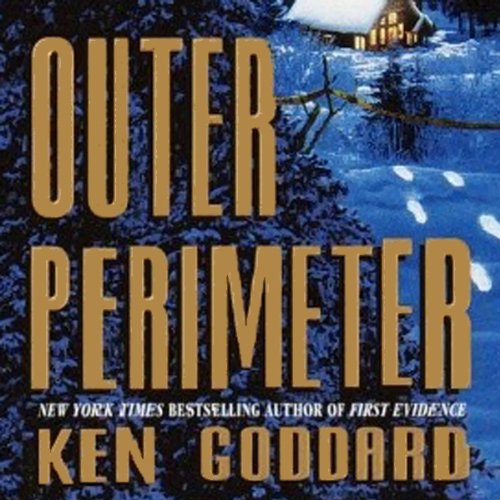 From New York Times best-selling author Ken Goddard comes a terrifying thriller that dares to pursue the truth behind a series of bizarre occurrences - and a murderer whose identity even the authorities will kill to keep concealed.

A man of reason and science, Colin Cellars has earned a reputation as a top crime scene investigator. But Cellars finds himself disgraced after a bizarre episode that led to a horrifying shoot-out right in front of his eyes. What Cellars thinks he knows about the victim’s identity - and her death - has plunged him into a deadly search for a killer who may or may not be of this world.

Meanwhile, as Cellars investigates a case involving dozens of missing victims, he realizes that the three people he trusts most each hold a piece to the puzzle - and that they have their own ideas about what to do with the information. Soon Cellars finds himself on a chilling and unforgettable voyage, one that leads through tunnels of violence and intrigue and out into the unknown.

Ken Goddard is the author of the New York Times best seller Balefire, as well as 10 other novels. He has served as a criminalist in California and as an instructor in crime-scene investigation and forensic techniques at law enforcement academies throughout the United States, as well as for Interpol. He is director of the National Fish and Wildlife Forensics Laboratory.

“Well-written, suspenseful…[A] page-turner.” ( Orlando Sentinel)
“Goddard’s style is smooth and meticulous…You have a deliciously layered plot that gets stranger and stranger, as the DNA gets weirder and weirder, and the story gets scarier and scarier.” ( Providence Sunday Journal)
“A genuinely entertaining thriller.” ( Booklist)

What disappointed you about Outer Perimeter?

The story seemed to jump around. The characters were difficult to keep track of. The ending was not explained well. I only have a general understanding of what the book was about.

Somewhat, but the story jumped around so much it's difficult to know for sure.

What a bizzare book. Enjoyed every minute of it. I don't think it's quite as good as the first but that's splitting hairs. I've enjoyed every book I've read or listened to by Goddard and I'll stop reading when he stops writing.

Wander around the perimeter

Most..the basic concept is actually rather compelling.
Least..some of the back stories on the characters are mundane at best.

Did Outer Perimeter inspire you to do anything?

Explore the work of this author.