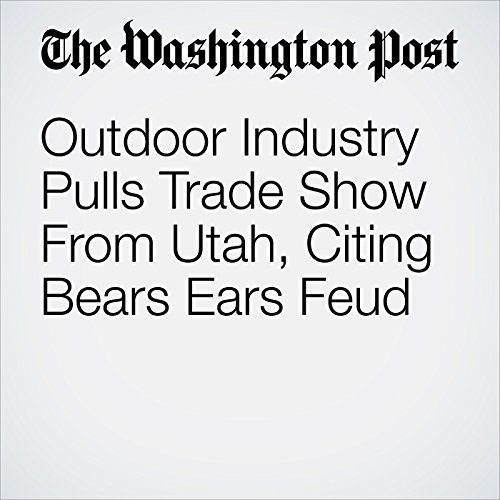 "Outdoor Industry Pulls Trade Show From Utah, Citing Bears Ears Feud" is from the February 18, 2017 Energy and Environment section of The Washington Post. It was written by Juliet Eilperin and narrated by Sam Scholl.