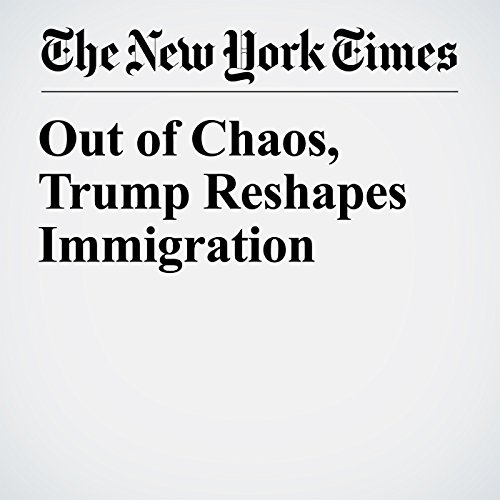 Trump dispatched federal officers to the nation’s airports to stop travelers from several Muslim countries from entering the United States in a dramatic demonstration of how he would deliver on his campaign promise to fortify the nation’s borders. But so many foreigners had flooded into the country since January, he vented to his national security team, that it was making a mockery of his pledge. Friends were calling to say he looked like a fool, Trump said.

"Out of Chaos, Trump Reshapes Immigration" is from the December 23, 2017 U.S. section of The New York Times. It was written by Michael D. Shear and Julie Hirschfeld Davis and narrated by Keith Sellon-Wright.