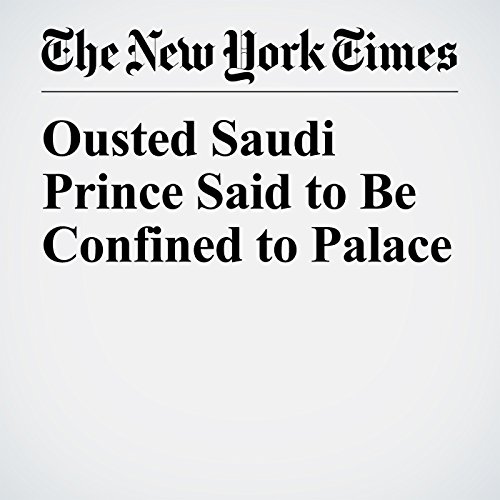 The recently deposed crown prince of Saudi Arabia, Mohammed bin Nayef, has been barred from leaving the kingdom and confined to his palace in the coastal city of Jiddah, according to four current and former U.S. officials and Saudis close to the royal family.

"Ousted Saudi Prince Said to Be Confined to Palace" is from the June 28, 2017 World section of The New York Times. It was written by Ben Hubbard, Eric Schmitt and Mark Mazzetti and narrated by Keith Sellon-Wright.