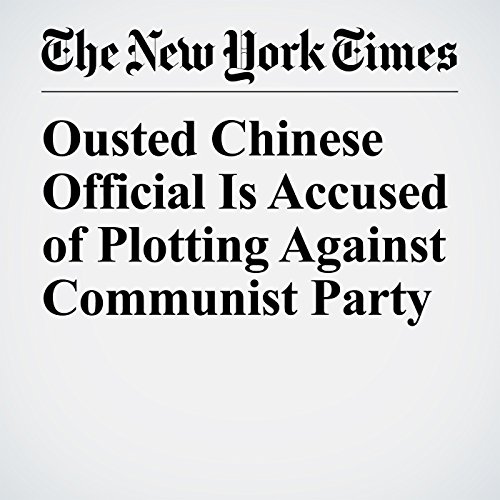 A rising Chinese politician who was abruptly removed from office this summer was publicly accused Thursday of trying to seize control of the Communist Party.

"Ousted Chinese Official Is Accused of Plotting Against Communist Party" is from the October 20, 2017 World section of The New York Times. It was written by Austin Ramzy and narrated by Mike DelGaudio.