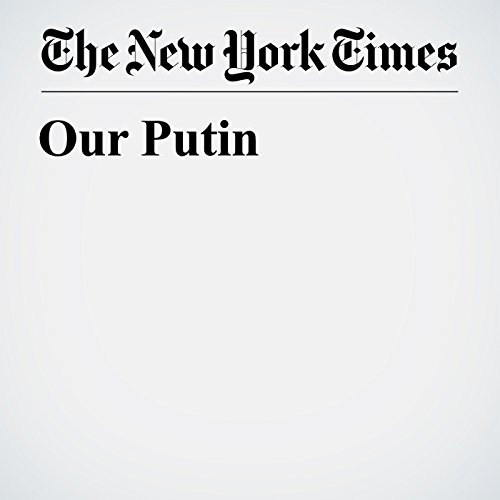 We are four weeks into Donald Trump’s presidency, and Putin, in power 17 years and not going anywhere anytime soon, is everywhere in U.S. politics. A shirtless Putin is a regular figure of parody on “Saturday Night Live,” portrayed as a character witness (or is that handler?) for the president of the United States. His hackers’ meddling haunted the U.S. general election. A leaked dossier purporting to contain possible Russian blackmail material on Trump dominated headlines for weeks.

"Our Putin" is from the February 19, 2017 Opinion section of The New York Times. It was written by Susan B. Glasser and narrated by Kristi Burns.