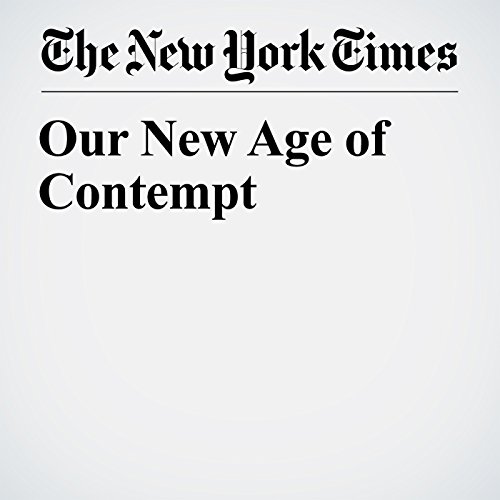 Anyone who hoped that 2017 might bring a change in the tone of our political discourse has by now been thoroughly disappointed. The remarkable degree of contempt that characterized the 2016 election has shown no sign of abating in President Donald J. Trump’s first days in office.

"Our New Age of Contempt" is from the January 26, 2017 Opinion section of The New York Times. It was written by Karen Stohr and narrated by Kristi Burns.