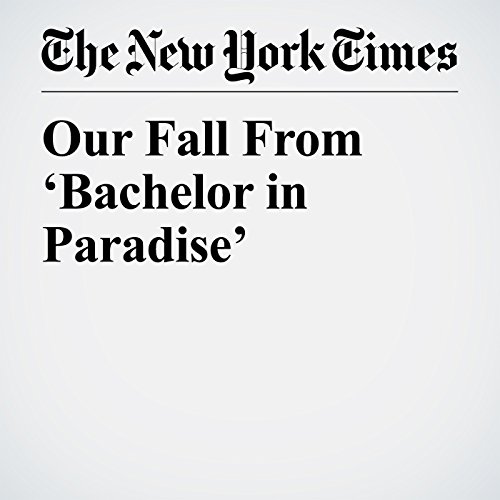 When I learned that ABC had suspended production on this summer’s season of “Bachelor in Paradise” — the cheesy spinoff of the “Bachelor” franchise, which sends spurned contenders to a notably in-air-conditioned resort in Mexico and offers them another shot at love — I was shocked. My surprise was not that production-halting misconduct took place, but that it has taken this long for something this bad to occur.

"Our Fall From ‘Bachelor in Paradise’" is from the June 13, 2017 Entertainment section of The New York Times. It was written by Jennifer Weiner and narrated by Kristi Burns.