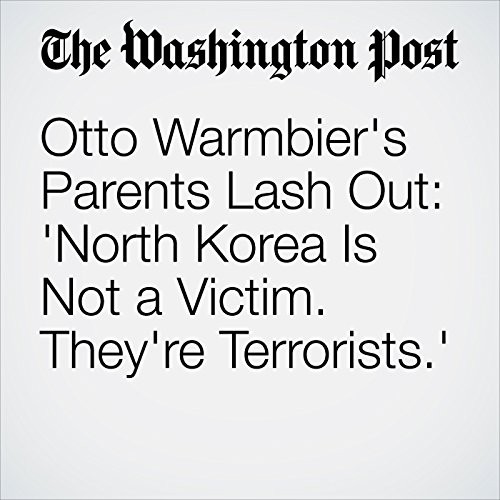 The parents of a University of Virginia student who was detained in North Korea for nearly a year and a half, then died just days after he returned home in a coma, lashed out at Pyongyang in their first television interview since their son's death and called on North Korea to be listed as a state sponsor of terror.

"Otto Warmbier's Parents Lash Out: 'North Korea Is Not a Victim. They're Terrorists.'" is from the September 26, 2017 National section of The Washington Post. It was written by Amy B Wang and Susan Svrluga and narrated by Sam Scholl.