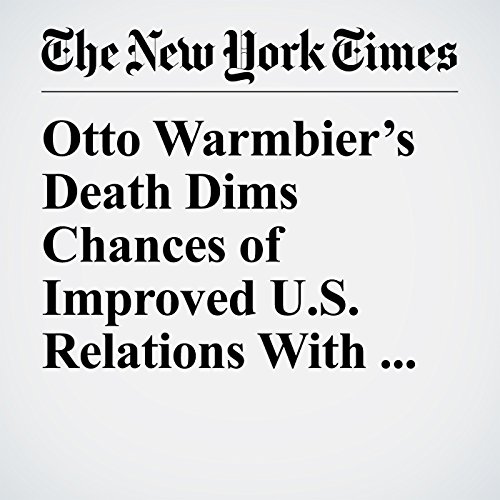 When a senior U.S. official visits North Korea, it is usually taken as a sign that tensions between the adversaries are easing somewhat. That is particularly true when the official brings home a newly freed American captive.

"Otto Warmbier’s Death Dims Chances of Improved U.S. Relations With North Korea" is from the June 20, 2017 World section of The New York Times. It was written by Choe Sang Hun and narrated by Kristi Burns.