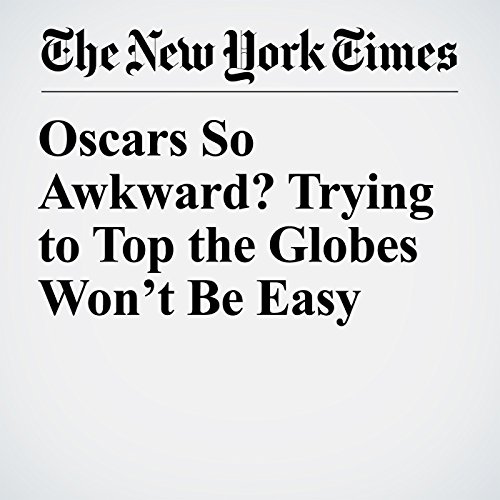 The women of Hollywood have every reason to view the Golden Globes as a smashing success. Their Time’s Up campaign to combat sexual harassment wholly defined and stole the show, eclipsing such trivial matters as who exactly won which award.

"Oscars So Awkward? Trying to Top the Globes Won’t Be Easy" is from the January 10, 2018 Entertainment section of The New York Times. It was written by Cara Buckley and narrated by Keith Sellon-Wright.