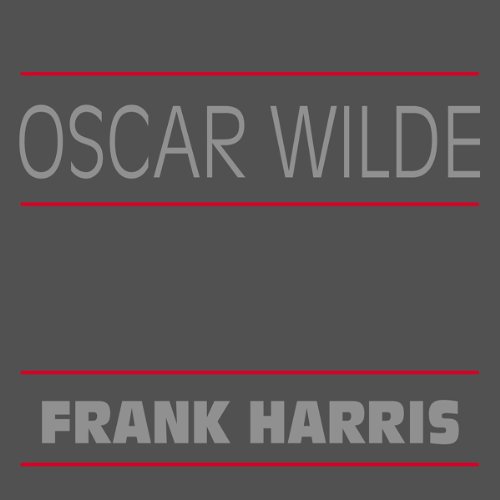 Frank Harris, a journalist and editor, delighted in Oscar Wilde's genial wit and self-assurance. Wilde's verbal charms evoked Harris' financial and emotional support when Victorian England disdained the playwright for his paganism and imprisoned him for "homosexual offenses". Harris relates the proceedings of Wilde's trial and the malice that sent him to France after release from prison.

Later years found Harris increasingly frustrated with Wilde, as the playwright's humor gave way to bitterness and self-pity. Repeatedly, Harris urged the author of The Importance of Being Earnest to continue to write. His pleas met with excuses, indolence, and incessant requests for money. Harris' frustration peaked when he bought an idea for a play from Wilde, then learned that Wilde had already sold the idea to several others.

It is a wonderful and different account of Oscar's life. A great insight into his personality and take on life.

Not relevant too much here as Oscar is the main character.

The entire book is a journey into Oscar's life and behaviour in a rather unique way I felt.

Oscar Wilde.... There is only room for one Oscar in this world and one is enough.

You will love this audio book. If you have even the slightest interest in what makes Oscar tick then this is one of the best buys there is. I don't think you will regret it.