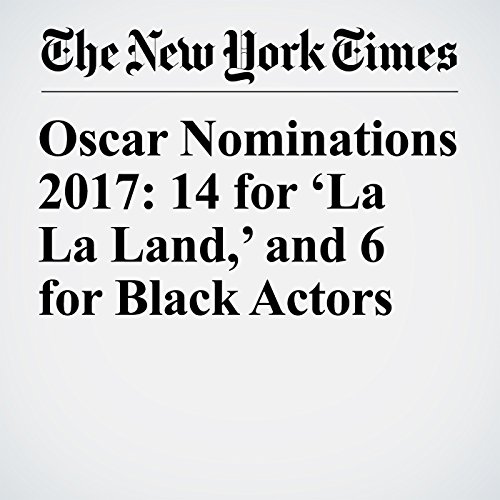 Oscar voters showered the neo-musical “La La Land” with 14 nominations on Tuesday, a tie with “Titanic” and “All About Eve” for the most in Academy Award history. But the academy also moved past two #OscarsSoWhite years by honoring six black actors — a record — and including diverse films like “Moonlight,” “Fences” and “Hidden Figures” in the best picture race.

"Oscar Nominations 2017: 14 for ‘La La Land,’ and 6 for Black Actors" is from the January 24, 2017 Arts section of The New York Times. It was written by Brooks Barnes and narrated by Fleet Cooper.