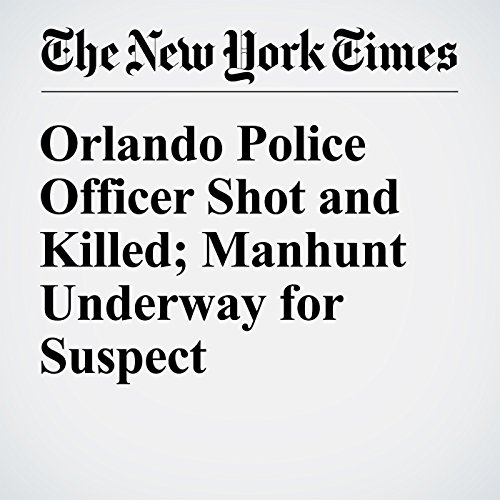 A police officer in Orlando, Florida, was shot and killed Monday morning by a man wanted in the death of his pregnant former girlfriend, the authorities said. A manhunt was underway for the suspect.

"Orlando Police Officer Shot and Killed; Manhunt Underway for Suspect" is from the January 09, 2017 U.S. section of The New York Times. It was written by Erin McCann and narrated by Fleet Cooper.