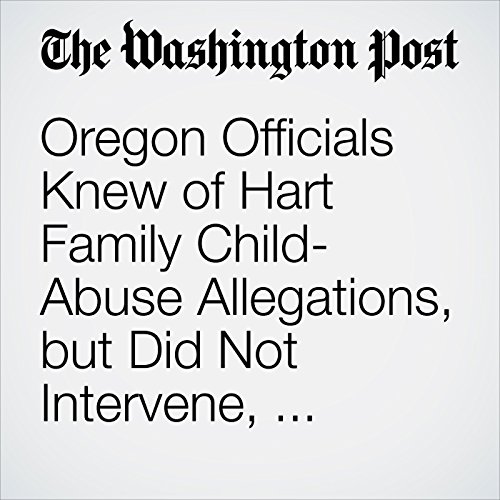 Oregon child-welfare officials knew in July 2013 that Jennifer Hart — who last month drove her wife and six adopted children off a California cliff into the ocean — had already faced abuse allegations in another state, according to records from their investigation released Monday.

"Oregon Officials Knew of Hart Family Child-Abuse Allegations, but Did Not Intervene, Records Show" is from the April 24, 2018 National section of The Washington Post. It was written by Marwa Eltagouri and narrated by Sam Scholl.