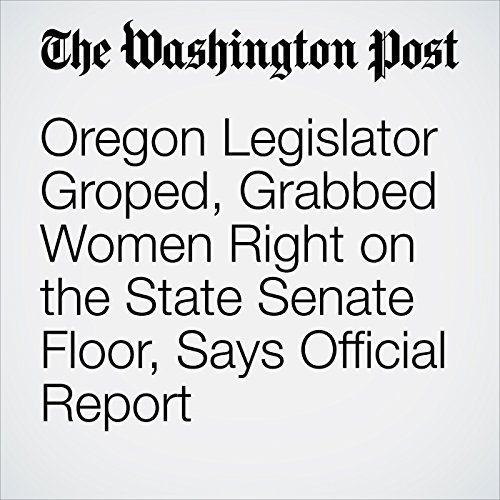 Oregon Gov. Kate Brown (D) called on Republican state Sen. Jeff Kruse to resign after a report by an independent investigator found he repeatedly subjected women to uncomfortable hugging and unwanted touching — sometimes on the Senate floor or in the governor’s office — even after repeated warnings. He did some of these things even while cameras were rolling, the investigator found.

"Oregon Legislator Groped, Grabbed Women Right on the State Senate Floor, Says Official Report" is from the February 07, 2018 National section of The Washington Post. It was written by Travis M. Andrews and narrated by Sam Scholl.