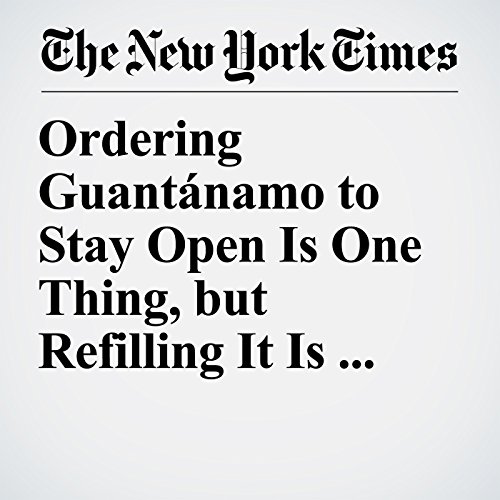 Ordering Guantánamo to Stay Open Is One Thing, but Refilling It Is Another

When President Donald Trump announced Tuesday in his State of the Union address that he had signed an executive order to keep the Guantánamo Bay wartime prison open, he ad-libbed a line that was not in his staff-vetted prepared remarks, declaring that “in many cases,” terrorism detainees who are captured in the future will now be sent there.

"Ordering Guantánamo to Stay Open Is One Thing, but Refilling It Is Another" is from the January 31, 2018 World section of The New York Times. It was written by Charlie Savage and narrated by Keith Sellon-Wright.