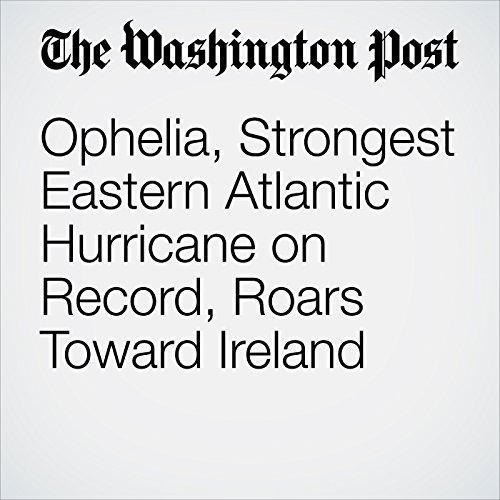 On Saturday, Hurricane Ophelia accomplished the unthinkable, attaining Category 3 strength farther east than any storm in recorded history. Racing north into colder waters, the storm has since weakened to Category 1, but it is set to hammer Ireland and the northern United Kingdom with damaging winds and torrential rain on Monday as a former hurricane.

"Ophelia, Strongest Eastern Atlantic Hurricane on Record, Roars Toward Ireland" is from the October 15, 2017 World section of The Washington Post. It was written by Jason Samenow and narrated by Sam Scholl.