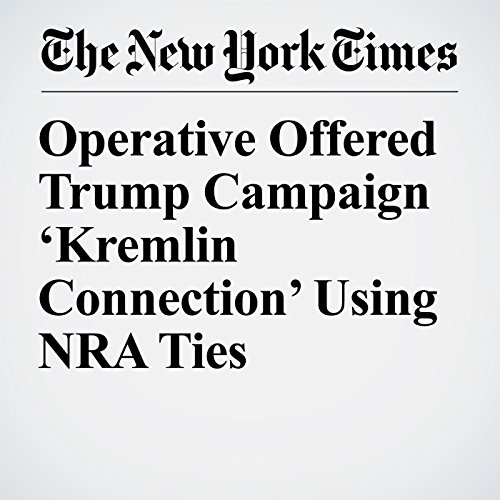 A conservative operative trumpeting his close ties to the National Rifle Association and Russia told a Trump campaign adviser last year that he could arrange a back-channel meeting between Donald Trump and Vladimir Putin, the Russian president, according to an email sent to the Trump campaign.

"Operative Offered Trump Campaign ‘Kremlin Connection’ Using NRA Ties" is from the December 03, 2017 U.S. section of The New York Times. It was written by Nicholas Fandos and narrated by Keith Sellon-Wright.